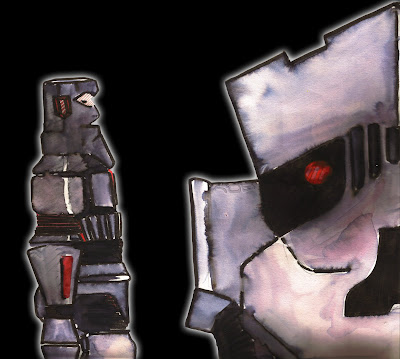 Meet Rob, he is an old skool robot I designed and built from polystyrene. Despite his outward appearance he is actually abit of a softy (in his old age). There is something about the antiquated look of heavy humanoid robots that highlights the inadequacies of machines and their stupidity, in that they cannot perform any task by themselves. Rob is designed around a mixture of influences from the Iron Giant, Kryten from Red Dwarf and Terminator. The watercolour technique I employed was meant to give the impression of a hard, reflective surface in contrast to the bold, dark outlines. 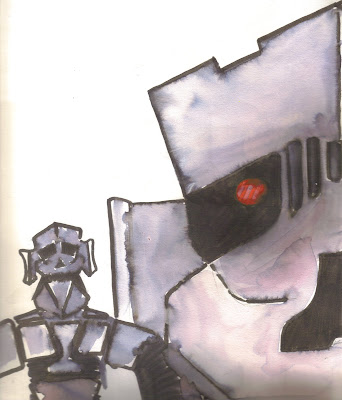