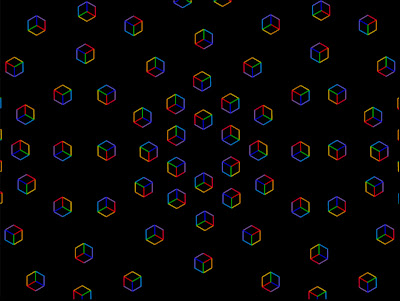 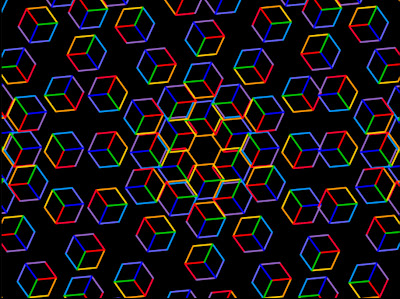 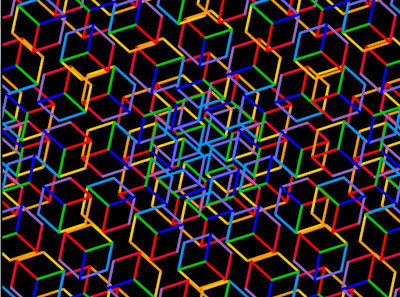 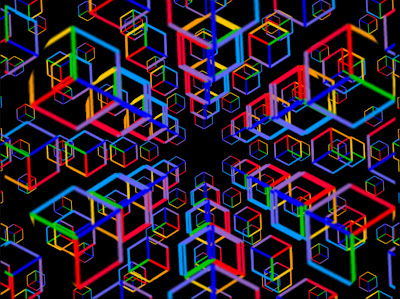 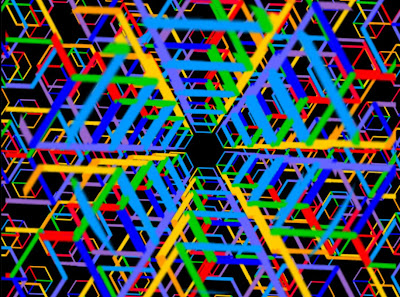 Here are some stills from an animation loop i created using Flash. The symmetrical patterns are animated as individual symbols turning clockwise then counter clockwise. The overlapping creates some interesting patterns and the colour of light given off changes with each spin. I also made a variation that cycles through different hues of colour, giving an even more tron-like tone to the loop. The third variation involves layers of magnification, giving a 3D tunnel like effect. Although the simplicity and mesmorising nature of this loop are the kind of the thing I am after, I want to go beyond the idea of patterns, perhaps involving a union of two patterns or an image gradually revealed from geometric shapes.

FUTURE DEVELOPMENT:: Experiment with different ways of representing simple line and colour, possibly to combine and form a bigger picture in the style of Pollock, whereby mini compositions make up a larger composition. This technique has a name, which I do not recall, but it can also be found in modern day photo montages.

One reply on “Geometric Designs”

Fascinating. I would love to see the actual animation.